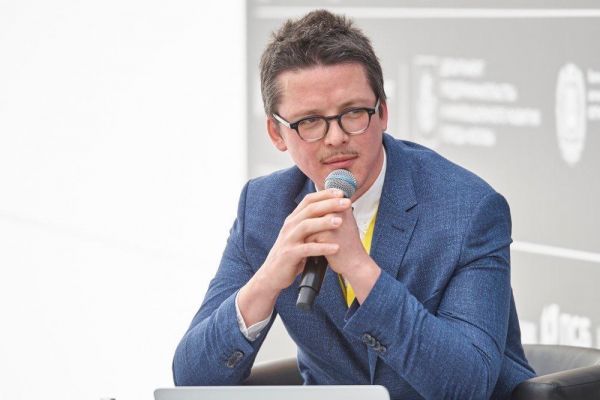 Igor Namakonov, General Director of the Federation of Creative Industries, talks about whether it is possible to launch a creative economy in Russia

What is the Federation of Creative Industries and how did it come about?

A federation is a union of unions. Its appearance is a natural result of market activity in 2020. The Federation was founded by organizations that represent the interests of different areas of the creative industries. But we do not deal with local problems of individual areas: architecture, theater or fashion. We are interested in cross-industrial tasks related to the development of market infrastructure, the adjustment of legislation, the development of services and products that will be equally useful to the entire sector. An example of such a project is the "Panic Button" for the creative industries. At its core, it is a consulting center that can be used by any creative entrepreneur who is faced with problems of intellectual property protection. This project is currently being developed by the GR and Law Committee. In total, we have seven areas of work, each of which is represented by a separate committee in the structure of the Federation, and is supervised by one of the Board members. This year's task is to launch one significant project within each committee.

What other important projects and initiatives is the Federation currently developing? You mentioned the " Panic button»…

The project 100 Most Creative Russians continues (100MCR.com) — top 100 creative leaders of Russia. This is a very important project for us to consolidate and promote the sector. This year we went to the regions. The first region we explored was the Republic of Tatarstan. The results will be on the project's website, you can subscribe to the newsletter — Tatarstan.100mcr.com. Negotiations are underway with partners in Siberia, the Urals, Yakutia, the Far East and the Caucasus.

The Federation, as a large industry association, takes a strong negotiating position in the dialogue with the state. We are participating in government and expert discussions, right now we are making proposals for the implementation of strategic documents, and we are seeking to adjust the legislative framework.

Together with the Faculty of Economics of Moscow State University and the Russian Cultural Center, we are preparing several comprehensive studies of the Russian market of creative industries, as well as general criteria for evaluating the effectiveness of the sector.

Negotiations on the formation of the first banking product for entrepreneurs of creative industries are actively underway.

How would you define the creative industries and their place in the Russian and global economy?

There are different views on the meaning of the term. We focused on the following formulation: creative industries — areas of activity in which companies, organizations, associations, individual entrepreneurs and self-employed citizens in the process of literary, artistic, scientific, technical and other types of creativity, cultural activity due to capitalization, commercialization of intellectual property rights produce products, goods and services that have economic value.

We pay special attention to the topic of intellectual property in the Federation. And this seriously distinguishes us from other industry associations. We receive expertise on the topic from representatives of the IPChain Association, the Federation of Intellectual Property and the IPIS, which are also among the founders.

Regarding the place of creative industries in the global economy. The UN has named 2021 the Year of the Creative Economy, and Russia is officially actively participating in this agenda. So we can safely say that the importance of human capital development is greater than ever, and the only question is to create an institutional environment. As Alexander Auzan, Chairman of the Board of the FCI, says: "The sphere of creative industries can become a matter of national pride." Of course, we are talking about the impact that it can have on the restart of the national economy.

How do you see the most important tasks of the Federation?

Now we work in the framework of committees, actively listen to the market, formulate approaches, build an action plan. During the year, each committee will present the results of its work.

A broad front of work for us is interaction with existing events and partners. At IPQuorum 2021: Tech for Content, the Federation will have a separate thematic block, and I myself, as a speaker, will take part in the session " Time to Create. How to stimulate the markets of creative industries". We are working with SPIEF right now, and we will definitely participate in the Russian Creative Week. At EXPO 2020 in Dubai, the leitmotif of the Russian pavilion is creative industries, and we are helping the Ministry of Industry and Trade to form a business program.

The topic of creative industries is bubbling in our country, there are a lot of incoming requests and suggestions. This year of the creative economy is in full swing, and we, on the one hand, strive to fix the key areas for ourselves and deal with them, but, on the other hand, I spend 30% of my time on unpredictable offers and requests. The whole market is now like one big startup. You need to stay flexible and attentive.

What is the Convention for the Development of the Creative Sector in Russia, which was mentioned at a recent board meeting? Can we talk about the problem facing economic science of measuring "creativity" and the "values" created by creative industries?

What we want to do on a national scale requires a combination of different forces. These forces are mainly departments that hold on to economic instruments and manage existing sectors. All creative industries are scattered across different departments. The Ministry of Industry and Trade deals with industrial design, the Ministry of Culture-cinema and animation, the Ministry of Construction-architecture, etc.

We need a strategic layout that will allow the participants of the process to unite around a common goal. Of course, no one plans to create a new ministry, it is not necessary. There is no Ministry of creative Industries in any country in the world. But we need an operator who can coordinate the efforts of different players at the right time. In the Convention, all these interactions should be regulated on a national scale. This adjustment will be possible, among other things, through a unified methodology for evaluating and predicting the effectiveness of creative industries. It should be a concise document that will allow everyone to come to a common understanding of what exactly can be done together and what benefits it will bring, what contribution it will make to GDP and the development of human capital.

Shouldn't we stop evaluating creative industries based on their contribution to GDP?

The market share in GDP is a standard indicator. How to calculate this percentage is another matter. Because of the different approaches and often the lack of reliable data, today there are disagreements. Some give 2%, others — 4, others-6. But you are right that you need to count not only the contribution of creative industries to GDP. Other non-obvious indicators of the sector's performance are needed. We are actively working on this, too.

What should be corrected in the Russian economic policy to support the creative industries?

Today, it is clear that the link between creativity and the economy is intellectual property. This is precisely what we need to proceed from when adapting Russian economic policy to the realities of post-industrial society. For example, our tax system is focused on material production, where many workers perform standard operations, producing a unified product. In such a model, everything is easily calculated, expressed in specific figures. However, when we apply this approach to creative, intellectual production, relatively speaking, we charge the same value-added tax on license agreements as on contracts for the supply of cigarettes, we rather demotivate the authors, kill the initiative.

We need to give creative entrepreneurs and all those who create intangible assets a kind of tax break. The state should give the creative industries the opportunity to live for a while in a slightly easier regulatory environment. During this time, the infrastructure will definitely develop, new players will enter the arena, and demand will form. The latter is especially important. When we talk about supporting creators, we often forget about the second side — the consumer of creative products. It also needs to be supported, given the opportunity to make a choice in favor of Russian design, Russian fashion, Russian architecture. We now have a huge share of imports, which puts the domestic business in difficult conditions. It is often more profitable for Russian creative entrepreneurs to immediately enter foreign markets. Many technological solutions are immediately "sharpened" for China, America or the Middle East.

The increase in the standard of living and the increase in the purchasing power of the population should be linked to the popularization of Russian creative products in the mass market segment. Remember, in the 90s there was a campaign "Buy Russian"? After the Soviet Union, people so did not believe in the domestic, so carried away by the labels "Made in USA", that they had to be specially reminded: in our country, too, a lot of wonderful things are produced. Today, a negligible proportion of the population knows about the products of the same Russian designers, among them, first of all, the regulars of creative spaces. This situation needs to be changed, and this is a complex task. It is important not only those who invent and produce, but also those who will buy it all.