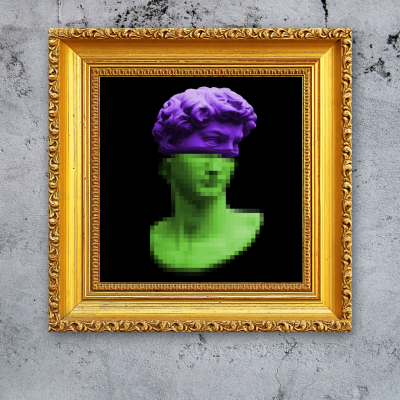 Green and immersive technologies, Deepfakes, Legal design, 3D photo scanning, digital transactions with art objects — this is only a small part of modern sustainable trends that have become the drivers of tech and business innovations. During IPQuorum 2021: Tech for Content more than 150 top Russian and international experts will discuss how the Russian market of creative products responds to these challenges, shapes its identity, financial models that are needed to start a creative business, and how to make intellectual property a liquid asset. The Forum will be held on April 26-27 in Technopark Skolkovo Institute of Technology of the Skolkovo Innovation Center.

The first day of the business program will be focused on the technologies of creation and will start with a plenary session "Providers of happiness. Economy of emotions." Participants of the plenary session will include Yuliana Slascheva, Chairman of the Board of the Russian animation studio “Soyuzmultfilm” and the Animated Film Association, Ekaterina Cherkes-Zade, Head of Universal University, Maria Grechishnikova, General Director of Star Media Group, Mark Zavadsky, Managing Director of Rika Group, and Alexey Giyazov, Marketing and Communications Director. The experts will explain the phenomenon of unprecedented growth in global content consumption. The discussion will be moderated by the Head of Viacom Russia Yana Churikova.

The agenda for the second plenary session is “Intellectual rights to digital assets.” The Minister of Culture of the Russian Federation Olga Lyubimova, the Chairman of the Skolkovo Foundation Board Igor Drozdov, the president of the IPChain Association Andrey Krichevsky, the director of Roskultcentre Marina Abramova, the Head of Moscow Entrepreneurship and Innovation Development Department Aleksey Fursin will discuss which tech tools of the creative market are important for lawmakers and legal practitioners. The discussion will be moderated by the editor-in-chief of Forbes Russia Elmar Murtazaev.

In total, the Forum program includes four business blocks. The block “Applied Industries” will focus the attention of attendees on architecture, industrial design, fashion industry, gastronomy sector, and folk arts and crafts. The second business block will be focused on the creative industries: theater, music, cinema, animation, painting, galleries and museums.  Audiovisual Сontent, VR/AR-technologies, blogging, animation and data processing will become the starting point for discussion in the third and fourth blocks “Media and Digital Content.”

Across the globe, industrial design is a sphere of inventions for the future. At the session “Industrial design as a technology of competition” experts will discuss which skills are important in this multidisciplinary field and how it creates a new brand culture. Speakers will include Vitaly Stavitsky, President of the Union of Russian Designers, Alexey Matushansky, Deputy Director of Strategic Development and Corporate Policy of the Ministry of Industry and Trade of the Russian Federation, Sergey Smirnov, head of Smirnov Design, and others. The general director of the Federation of Creative Industries (FCI) Igor Namakonov will be the moderator of the discussion.

In Russia, the practice of using orphan works still remains unresolved. Speakers of the session “When we miss reference information about an author. Legal updates of the Russian legislation” will discuss which laws these issues must address. Speakers of the session include Natalia Romashova, Director of Regulatory department of the Ministry of Culture of Russian Federation, Vadim Duda, General Director of Russian State Library, Anatoly Semyonov, Deputy Chairman of the Committee of the Russian Union of Industrialists and Entrepreneurs (RSPP) on intellectual property and creative industries, and others.

During the session titled “Conscious Cuisine” participants will discuss intellectual property protection for recipes and the prospects of technology application in the restaurant industry. Speakers will include brand chefs and co-owners of the Twins Garden restaurant Ivan and Sergey Berezutsky and CEO of Online Patent Alina Akinshina.

Architects - Strelka architect Alexander Kamenev, co-founder and chief designer of NasonovDesignWerke Ilya Nasonov, deputy director of product development at A101 Pavel Bryzgalov, and lecturer of the Moscow Architectural School Eduard Hyman - are going to talk about applications of digital tools in the design of the urban environment.

The application scope of neural network as a self-sufficient creator tackling real world examples will be studied at the panel session “Music without musicians.” Expert will include Stefan Schulz, CEO and co-founder of Bitfury Surround, Alexander Kuzyaev, founder of the Chaos Lab project, and Natalia Polianchik, director of IP Codex.

Ways of combatting digital piracy and digital content licensing will be discussed at the session “Museum in a digital age.” Panelists will include Mark Hanel, CEO and founder of Figshare company and Natalia Chechel, Deputy Director of the Department of Museums and External Relations of the Ministry of Culture.

Implications of AI in filmmaking will be discussed during the panel session titled “In the film, anything is possible,” which will be attended by the co-founder of the project Vera Voice Alexander Uraksin, the CEO of Deepcake.io Maria Chmir and others.

Theatre professionals will discuss how theatre is taking its cue from computer games during the discussion “At the edge of offline and online forms. Hybrid theatrical performances and A.I. actors.” Edgar Zakarian, director of the Tovstonogov Bolshoi Drama Theater, will talk about his adaptation of "The Cherry Orchard" taking the environment of Minecraft.

Speakers of the session titled “Intellectual property as a financial asset" the CEO of IFI Claims Patent Services Mike Baycroft, IPEX project manager Valeria Brusnikina and others will share their life hacks on how to transform creative products into a true financial asset.

During MEDIANA session titled "Advertising technologies in the media — the way of transformation," attendees will be able to dive into specifics of the advertising market. Alexey Petrovskikh, head of G-Core Labs streaming platforms, Karolina Sokolova, general director of Everest Sales House, and Natalia Isangulova, head of advertising products at Gazprom Media, will talk which changes of the digital environment for content delivery are important for advertisers.

Another partner session to be held in conjunction with AVRA session — the Association AR/VR. Alexander Yakubov, CEO of Hologroup, Georgy Molodtsov, producer and director of Film XR, Anton Utkin, director of Lateral Summer studio, and others will discuss how to use interactive content to promote events. At the partner session of the IPEX organization experts will discuss how to make money on your music.

On the first day, IPQuorum will host a signing ceremony of collaboration agreements between the IPChain Association and the Skolkovo Foundation and between the the Russian State Library and the Russian Authors' Society (RAO).

The two-day event of IPQuorum will feature over 60 sessions, discussions, and workshops. Speakers will include international and Russian experts in digital transformation, the creative economy, and the global IP market. The business program covers all types of creative industries: from fashion, industrial design, and gastronomy to art, IT development, and marketing. Participants will share their views on how to value, protect and generate revenue from creative and technological assets as well as determine how to encourage business investment in the market of creative assets.

The Forum is organized by the Ministry of Culture of the Russian Federation, the Skolkovo Foundation, and the IPChain Association.

General information partners of IPQuorum 2021: Tech for Content include the TASS agency and the Kommersant publishing house.

The Skolkovo Foundation is a non-profit organization established in 2010 to act as the management company for the Skolkovo Innovation Centre. The purpose of the Foundation is to support technological entrepreneurship in Russia and monetize its research-based intangible assets.

The IPChain Association was established in 2017 by the Skolkovo Foundation, the All-Russia Intellectual Property Organization (WIPO), the Higher School of Economics (HSE), the Russian Union of Rightsholders (RUE), the St Petersburg National Research University of Information Technologies, Mechanics and Optics (ITMO), the Russian Copyright Society (RAO), the Association of Rightsholders for the Protection and Management of Copyrights in Art (UPRAVIS) and New Century Bank.

The Russian Ministry of Culture, Ministry of Education and Science, Federal Service for Intellectual Property (Rospatent) and the Federal Institute of Industrial Property are partners of the Association and immediate participants of the IPChain project.

The primary goal of the Association is to develop standards, technologies, and tools to enable effective collaboration between IP market participants in the digital domain.

A series of events are held annually under the IPQuorum brand in Russia and abroad. A complex of exhibitions, conferences, discussions, presentations and business sessions designed to become a driving force of qualitative changes in the global intellectual property market, the development of fine (beaux-arts) and industrial arts (arts industriels) as full-fledged subjects of the digital economy.

In total, the number of attendees over the past three years in international and local IPQuorum events reached 23,000 people. 843 experts from 35 countries participated in 250 sessions, meetups and roundtables.

The work of all IPQuorum communication platforms is focused on finding applied infrastructural and systemic solutions for innovative developments of the IP sphere. The flagship project under the IPQuorum brand is the International Strategic Forum on Intellectual Property.