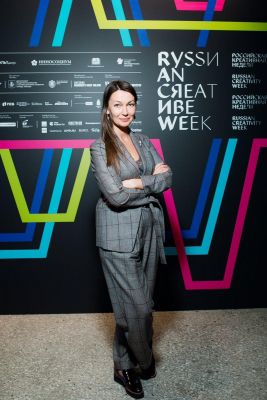 On April 26-27, IPQuorum 2021: Tech for Content, one of the largest forums in the field of creative industries and intellectual property, will be held in the Technopark of the Skolkovo Innovation Center. It will be held with the support of the Russian Cultural Center, a state organization that helps the creative community in the regions of Russia to realize their potential. Marina Abramova, Director of the Federal State Budgetary Institution "Roskultcenter", spoke in an interview with the Russian newspaper about the role of the state in the development of creative industries.

In 2019, the President of Russia launched a campaign to create cultural clusters in the regions within the framework of the national project"Culture". In December last year, the head of state instructed the government to work out mechanisms for transforming industrial zones into creative clusters. Our partners are already implementing relevant projects for the development of these territories, including, for example, Rurban Creative Lab, the winners of which will be able to implement their projects with the support of the investor.

However, for the successful implementation of art clusters and creative residences, not only high regulations are required, but also a lot of well-developed solutions on the ground - permission to operate and operate the selected territories, budgeting and the possibility of preferential rent, further infrastructure development. So far, this has not been worked out in all regions. In some countries, special agencies are also an important element of support, serving as intermediaries between the community of creative entrepreneurs and the city authorities, maintaining a balance in this complex cross-sectoral work. We see that this is also the way the subjects are going, forming agencies for the development of creative industries in Moscow, Yakutia, KhMAO, Ulyanovsk.

All 85 subjects are unique and each has its own way of developing the creative economy. Unfortunately, there is no universal scheme that would be effective for each region, but a number of primary steps can be identified, and they will be true both for the regional level and for the federal one. First of all, it is necessary to create institutions for the support and development of creative industries - in the form of ANO, foundations or interdepartmental working groups under the supervision of the heads of subjects. In addition, it is important to fix the term "creative industries" at the level of official documents: to review the register of professions of the Ministry of Labor for additions with new specialties, to understand the OKVED (All-Russian Classifier of Economic Activities) and the register of industries, as well as to determine which types of enterprises belong to the "creative industries". After that, you can start preparing regulations, laws, and concepts. The latter will allow us to support the creative industries systematically: with preferential rents, subsidies, and affordable loans.

These solutions are especially necessary now, when the creative industries are acutely experiencing the consequences of the pandemic, and attention is drawn to them, including at the global level: the UN has declared 2021 the International Year of the Creative Economy.

From the point of view of growth and development, creative startups are not much different from technological ones. Here, the tools of incubation, acceleration, and venture financing work in the same way. Creative startups are already following this path, and there are more and more accelerator projects to promote them. They are particularly well represented in Moscow and Yakutia. Last year, Roskultcenter launched two initiatives aimed at the intensive development of entrepreneurs and creators from the regions - the Art Team and the Academy of Sound projects. These are also a kind of accelerators.

And yet, in my opinion, there is a certain difficulty in the very idea of supporting creative startups. The fact is that the creative economy and breakthrough ideas always involve experiments in both creativity and technology. It is often simply impossible to predict the result. Meanwhile, existing grants and subsidies require a clear description of the product at the output. Each development institute and creative accelerator solves this problem in its own way.

Creative industries are the youngest segment of the economy. In a literal sense, there are young people working here, whom we, as an agency, are called upon to help. The difficulty is that this is not a traditional economy, where experience and expertise are passed on from the older generation to the younger generation with small changes. This is a new reality, new professions, new skills, a new market. Of course, there is a question of a new professional education that will help to be competitive in this world. And the global restructuring of educational standards is always difficult and time-consuming.

The fastest solution is available free educational projects on new narrow-profile skills. The fact is that in the creative industries, education standards can not quickly adapt to the demands of the time. Professions, market demands, and employer requirements change every day. Universities do not have time to adapt to this rhythm and change the program every year. There are many talented and creative young people in the country, but they lack the necessary set of skills at the intersection of creativity and entrepreneurship, the ability not only to generate ideas, but also to implement them in the form of a market product.

The market requires a rethinking of education and the formation of new standards, and we at Roskultcenter solve this problem by developing training and educational programs. And this is also an example of the state's support for creative industries, as the implementation of these projects was made possible thanks to the assistance of Rosmolodezh, the Presidential Grants Fund and the Office of the President of the Russian Federation for Public Projects.