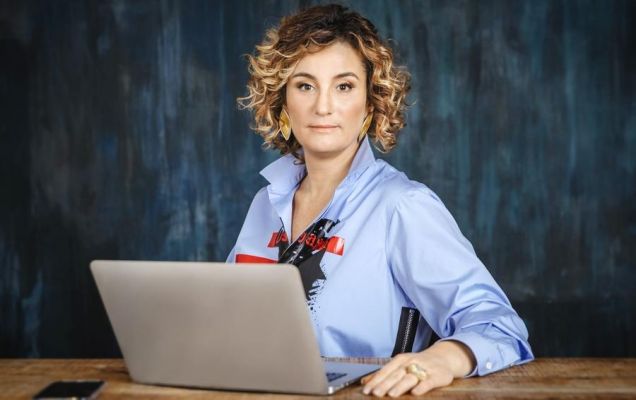 The topic of Russian animated films has long been not limited to scandals over the copyright of the characters of classic Soviet cartoons. Modern animation is an important growth point for creative industries. Soyuzmultfilm plays a key role in the revival of the industry. Speaker of IPQuorum 2021 and chairman of the board of the famous studio Yuliana Slashcheva in an interview with Forbes about the relationship between cartoons and computer games, breakthrough technologies in animation, as well as the legal protection of new types of media products.

— Before the pandemic, you said that the Russian animation market is growing by 20% annually. Has its growth rate changed, how is its volume estimated now?

- Of course, the restrictive measures associated with the pandemic have affected our industry, but animation in these conditions is much more "lucky" than cinema, since most types of work here can be done remotely. Therefore, for example, at Soyuzmultfilm all planned episodes of serial projects were released in 2020 according to the plan, in parallel with this work on full-length and short films continued. On the other hand, naturally, adjustments were made to the company's profit structure: with a general decline in revenue from the sale of licenses, along with the growth of online video services, revenue from the sale of media products increased, which allowed us to cover the lost costs.

In general, the Russian animation market is still not so large: its volume, according to data for 2019, was about 13 billion rubles, and in 2020 it remained at about the same level, which is important given the consequences of the pandemic. However, the domestic animation industry continues to show rapid growth, increasing in percentage terms much faster than the markets of Europe or even the United States. A significant moment was the arrival of major investors in the industry, such as, for example, the company "Sber", which concluded a strategic agreement with the film studio "Soyuzmultfilm". This means that the business saw great opportunities and prospects in the industry. According to expert forecasts, in the coming years, Russia should enter the top ten world animation powers.

— According to your calculations, in what directions will the Russian animation industry move in the next two years? How important is cross-industrial development for this area?

- The emergence and rapid development in recent years of the digital environment, online and offline augmented reality technologies have organically provoked the merger of various industries. At the same time, at different stages of their development, each of them can catalyze the development of the other. A striking example is the interaction of the animation industry and the computer game industry, which are becoming increasingly complex in terms of visual language and the degree of elaboration of internal universes. Sometimes a high-quality computer game can be compared to a work of art. At the same time, the technologies that the game industry has developed are being used in the production of animation. So, for example, at Soyuzmultfilm, when creating the animated series "Secrets of the Honey Valley", an engine developed for computer games is used.

Media technologies are now coming to many areas of art, as well as to education and the entertainment industry. This process forms various hybrid formats, but it is still difficult to determine which of these trends will set the vector of development in the coming years. At the same time, we can say with confidence that animation today is not only a part of the cultural sphere: its elements are becoming part of our everyday life, the actual language of communication. It is really in demand in many industries, because with the help of the image language, you can transmit information much faster and more accurately. I think that in the coming years we will have a lot of experimental formats, and we are open to collaborations and new projects at Soyuzmultfilm. Our team is ready not only to follow the trends, but also to set them.

— How do Russian animation studios earn money? Sales of licenses, TV rights, income from streaming, and so on — what is the main source of income?

- Traditionally, the main part of the income is the sale of licenses for animated films and characters. At the same time, the rapid growth of video services in recent years has provoked an increase in revenue from the sale of media services. At the same time, large media holdings are interested in creating their own content, which is increasingly personalized for specific target groups. Therefore, many companies are now actively investing in the production of unique media products: even today, each of our serial projects has its own investor.

- At the international forum IPQuorum 2021: Tech for Content*, which will be held with the support of Soyuzmultfilm on April 26-27, representatives of the creative market, government agencies and business will discuss new technologies for creating, distributing and monetizing content. Which of these topics are most relevant for the Russian animation industry?

— I think it is important to assess the current state of the market and possible directions of its movement in the coming years during the Forum. The creation of complex media formats will obviously require completely new mechanisms for securing their legal status and protecting intellectual property. This is extremely important for the creative industries, which still suffer significant damage from piracy. It is these mechanisms that will allow us to discover new monetization and distribution tools in the future.