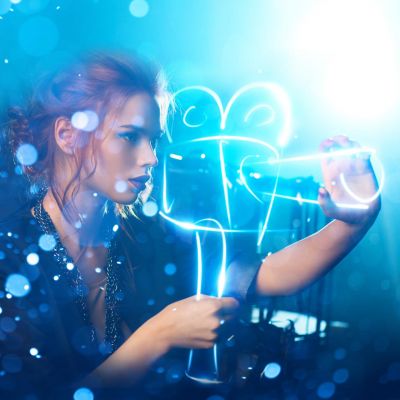 IPQuorum 2021 — the meeting point of the creative industries and the world of intellectual property — will be supported by Roskult Centre, the Association of Producers of Film and Television (APFT), and the Animated Film Association (АFА).

The Forum, to be held on April 26-27 in the Technopark of the Skolkovo Institute, will feature a new form — Tech for Content. The business program will embrace new industrial technologies, distribution, and monetization of content: from cinema to music and theatre, from design and architecture to the restaurant business, and modern engineering. The Forum was organized by the Ministry of Culture of the Russian Federation, the Skolkovo Foundation, and the IPChain Association.

Roskultсentre's activities are focused on the youth professional community, promoting the country’s talent pool in the sphere of creative industries, and creating opportunities for youth development, such as through professional training. The main goals of the organization are to boost the professional competence of creative workers and the implementation of cultural projects. Roskultcentre scales up its activities in Russia’s regions and plans to promote in every Russian region proper conditions for talent promotion in the creative sector which goes in line with the ideology of IPQuorum.

The Association of Film and Television Producers, which also rendered its support for the Forum, includes major Russian film companies that create over 60% of all Russian audio and visual content: TV series, cartoon projects, and TV shows. The Association of producers fights against infringements in relation to recognized copyrighted content and creates conditions for organizing shoots in the regions of the Russian Federation (the Cinema Russia project), takes legal advocacy initiatives, supports the development of specialized education and industry events.

This year, IPQuorum will bring together 1500 participants from 30 countries across the globe. The two-day event will feature 60 sessions, discussions and workshops. Speakers will include international and Russian experts in digital technologies, economic transformation, national creative industries, and the global IP market.

Founded in 2010, the Skolkovo Foundation is a non-profit organization and functions as the administrator of the Skolkovo Innovation Center. The goal of the Foundation is to support technological entrepreneurship in Russia and the commercialization of the results of research activities..

The IPChain Association was founded in 2017 by the Skolkovo Foundation, the Russian Intellectual Property Organization (VOIS), the Higher School of Economics (NRU HSE), the Russian Union of Rightsholders (RUR), the St. Petersburg University of Information Technologies, Mechanics and Optics ( ITMO), the Russian Authors' Society (RAO), the Partnership for the Protection and Rights Management in the Field of Art (UPRAVIS), and the New Centure Bank.

The primary goal of the Association is to develop standards, technologies, and tools to enable effective collaboration between IP market participants in the digital domain.

A series of events are held annually under the IPQuorum brand in Russia and abroad. A complex of exhibitions, conferences, discussions, presentations and business sessions designed to become a driving force of qualitative changes in the global intellectual property market, the development of fine (beaux-arts) and industrial arts (arts industriels) as full-fledged subjects of the digital economy.

The work of all IPQuorum communication platforms is aimed at finding applied infrastructure and backbone solutions for the innovative development of the intellectual property sphere.

The leading project under the IPQuorum brand is the International Strategic Forum on Intellectual Property.