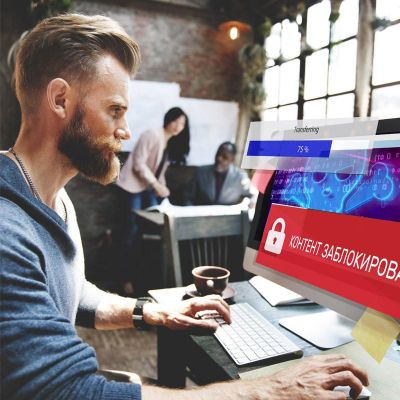 Grigory Turintsev, Commercial Director of digital service n'RIS, addressed this issue at the panel discussion "Intellectual Property in Film and TV Production," held in conjunction with the Cinema Production Service (CPS) exhibition on 24 March. The discussion was also attended by Natalia Poliachik, IPCodex lawyer, and Maria Grechishnikova, CEO of Star Media Group. The panel was moderated by Valeria Brusnikina, portfolio manager of IT projects at The IPChain Association.

Over 53.2 billion people visit pirated film websites annually across the globe. In line with the data provided by Group IB, one of the international companies that specializes in protection against and prevention of cyberattacks, in 2019 the piracy market accounted for $63.5 million.

In the time of the pandemic lockdown, streaming companies gave discounts and launched lucrative promotions (for example, 1 ruble trial subscriptions for a month). However, many users still preferred illegal websites, which affected media companies' revenues. Meanwhile, modern technology makes it easy for copyright holders to protect their products and, consequently, increase traffic. For example, n’RIS digital service secures the right to copyright assets while n'RIS. Antipiracy service solution automatically searches for illegal content on all platforms and generates claims to site administrators without human intervention.

Grigory Turintsev explained that n’RIS was designed primarily for content producers and rights holders who couldn’t afford to have a big staff of lawyers or a anti-piracy service of their own: “The digital assets repository of n’RIS service is available 24/7. It is less expensive than notary services, and safer than going to the post office in the coronavirus-stricken city.” Meanwhile, we help the rights holders that work on a small scale to establish contact with big right holders. For example, a musician can deposit a track in n’RIS repository, and later sell it for a soundtrack through the IPEX marketplace.

Removing pirate links gave Star Media a boost in revenue of up to 30%, Maria Grechishnikova added. “Out of 15 million links that have been blocked by Yandex under the Anti-Piracy Memorandum, more than 50% belonged to Star Media. Our ContentScan service, with a minimum margin of error of 2%, is accredited by the ISS to send links for blocking, which reduces the total time to delete links and eliminates the human factor.”

The industrial sector and distribution media companies are trying to address managing practices of intellectual property portfolio of intellectual rights and interaction with other players. “We work with a few marketplaces to acquire music rights and footage. Undoubtedly, having a single marketplace for this would have greatly simplified our task,” Maria Grechishnikova says.

Valeria Brusnikina, project portfolio manager of the IPChain Association, said that this problem could partly solve the IPEX digital service, which was essentially a marketplace of intellectual property assets that specialized in soundtracks and music works. “In October 2019, Russia’s state Duma passed a bill to introduce a concept of digital law and transactions through smart contracts. The Civil Code allowed transactions to be concluded electronically if all essential terms were recorded in a digital vid. In order to sell someone’s music for a soundtrack on a digital showcase through IPEX, the copyright holder doesn’t have to leave their apartment.”

Natalia Polianchik also addressed the issue of managing intellectual property assets for corporations. She said that IP assets created in-house had been a long-standing pain point for many knowledge-based companies. It is enough saying that royalties for an employee’s work cannot be included in the pay that appears in an employment contract. Even if someone’s duties routinely include creating new content (texts, visual content, software development), by law they should receive a reward for each individual work.