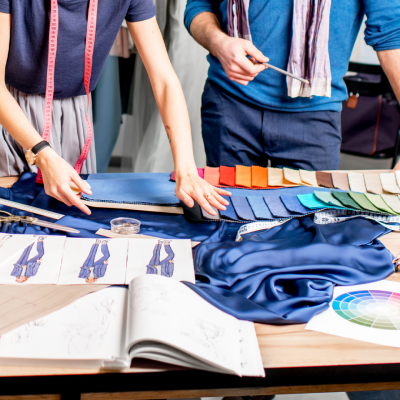 The Russian Ministry of Culture held a meeting of a working group to develop a “Concept for the Development of Creative Industries and Mechanisms of their State Support implementation in Large Metropolitan Areas through 2030,” chaired by Deputy Minister of Culture Olga Yarilova.

The document was developed with the help of representatives from the Russian Union of Industrialists and Entrepreneurs; leading Russian universities like the Higher School of Economics, Lomonosov Moscow State University and the Russian Presidential Academy; and experts from the United Nations Industrial Development Organization (UNIDO), the Animated Film Association, the Agency of Strategic Initiatives, the Russian Ministry of Economic Development, the Russian Ministry of Industry and Trade and government representatives in the culture field from cities around Russia.

Andrey Krichevsky, the chairman of the RUIE’s Intellectual Property and Creative Industries Committee , the President of the IPChain Association, noted that the Russian Ministry of Culture was able to clearly and “without confusion” set strategic goals to develop the country’s creative economy in the interests of creative industries based on real governance processes for state and public organizations. The result was a working paper to stimulate partnership of creators, business and state, eliminating routine bureaucratic barriers and giving more opportunities to attractnew resources to sectoral projects.

The meeting was also attended by Alexander Auzan, head of the working group and dean of the Lomonosov Moscow State University’s economics department; Sergey Matveev, deputy chairman of the Russian Union of Industrialists and Entrepreneurs’ Committee on Intellectual Property and President of the Federation of Intellectual Property; Yulian Slashcheva, chairwoman of the board for Soyuzmultfilm and the managing director of the Gorky Film Studios; Sergey Kapkov, head of the laboratory at the Center for the Study of the Culture Economy, Urban Development and Creative Industries at the Lomonosov Moscow State University; and others.