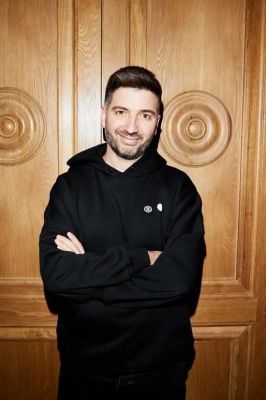 "The world lives in a new reality, where VR, AR and XR technologies are penetrating the entertainment industry, and online concerts are becoming more popular than offline counterparts, "Alexander Us, co-founder of Sila Sveta, told Popular Mechanics in an interview. Already on April 27, he will take part in the business session "Concert as a figure: a new reality for concert activities" on the sidelines of the international forum IPQuorum 2021: Tech for Content in the Technopark of the Skolkovo Innovation Center.

What do you think are the prospects for online concerts using VR and AR technologies?

This is our imminent future. The pandemic has shown that the world is ready for a new era. Meetings, dates, and friendly meetings via video link have become our routine. Online concerts and online festivals, which the platforms began to actively hold immediately after the quarantine restrictions were announced in the regions, collected millions of views. One VK Fest collected 280 million views from May 15 to May 21, 2020.

However, in order to play the vibe of a live concert remotely, a simple broadcast is not enough: you need immersion technologies. The question is only in the devices that still have a number of restrictions.

As soon as manufacturers find a solution and make a device that will allow you to maintain a continuous Internet connection for a long time, VR and AR will become an integral part of our lives, and full-fledged 3D scenery will take the place of Zoom backgrounds. For example, last fall, we decorated the live stream Billy Irish with virtual objects.

Tell us a little more about how concerts are arranged using VR/AR/XR. What do such concerts look like for the audience and for the performers? What technical means are used to achieve this?

Everything is simple here. As I said, with the forced growth of online popularity, people quickly realized that simply broadcasting images and sound from the studio is not a concert. A concert is, for example, a performance by a pop artist inside an online multiplayer game or an animated movie. In the standard case, a special virtual location is developed for the artist, and the sensors synchronize this virtual world with his movement in the frame. Similar technologies have long been used in computer games and blockbuster special effects. At the same time, viewers can often influence the virtual environment of artists with their likes and comments — change objects of augmented reality and even display their own photos and videos on the screen.

I assume that very soon an image without an AR component will be considered a semi-finished product, and the audience's impressions of online concerts will not be inferior to those of live shows. Imagine that you can connect to a huge audience, see the endless possibilities of virtual scenery and your favorite artist from any angle, or talk to people around the world, without spending a lot of money on flights. I paid 20 dollars, put on a helmet — and flew! It looks very attractive.

Your company was founded 13 years ago and works in a fairly wide range of genres: multimedia Mayakovsky, Audi, Lamborghini, Samsung presentations, projection retrospective on the occasion of the 60th anniversary of the hotel "Ukraine". In what area are the most interesting processes currently taking place in terms of creative and technological capabilities?

We have many complex and creatively bold projects, but they perform different tasks. Somewhere in the foreground is the use of new untested technology, such as in the project that we are currently doing in the XR studio. Or a projection on the kinetics — as in the case of the Lamborghini. In the United States, we are generally considered the main experts in automotive presentations — it's time to open a separate direction.

But it happens that the scenario comes to the fore — this is what happened in the projection with Mayakovsky. Here we tried ourselves in the street genre of mapping and built some complex drama. A complex composition of texts, graphics, and videos was projected on the Central Pavilion of VDNH, referring to the personality of Mayakovsky, his time, and the cultural and historical context of his work and life. The totality of the impression was also achieved through an audio track with recordings of poems. The main thing for us is to achieve a response from the viewer, his maximum involvement. To make that magic happen at the intersection of technology and a bold idea.

The main topic of the international forum IPQuorum 2021: Tech for Content is the role of technology in the production, distribution and monetization of content. What technologies do you use?

Sila Sveta's content is visual: from light projections to video installations, from stage design to VR/AR. To produce this content, you need programmers, designers, and technical specialists. In our industry, you can't just be a "creator", you must understand the architectural and engineering features of buildings, know the most modern design packages, and be guided by the latest software products.

Of course, a strong visual is needed primarily in the event industry. Concerts, performances, exhibitions, presentations, and ceremonies are the traditional point of application of our professional efforts. The concert industry needs laser, digital, and video technologies the most. First of all, music festivals. The lighting design of the Outline festival once made no less impression than the music itself. This is one of our main achievements. However, many festivals still have a strong gap in the quality of such an important component of the show as stage design and light installations. It is natural for light to go hand in hand with sound, but hitting lasers from all angles is not enough — the presentation must be conceptual, clearly express the idea.

However, with the beginning of the pandemic and the collapse of the event market, we increasingly began to think of ourselves as a tech-driven company. We are increasing the number of developers, trying to create our own solutions based on" disruptive " technologies, everything related to XR (extended reality), a combination of real and virtual objects. These technologies are obviously suitable not only for online concerts, but also for the most diverse communications of the distant era.

IPQuorum sees intellectual property as the most important tool for monetizing the creative industries. How does Sila Sveta work with its smart product?

Very simple: we sell it. In our country, for some reason, ideas are considered something insignificant. Everyone is focused on equipment, materials, at best — man-hours. But in our business, ideas are the most expensive. It is not difficult to find a high-class designer or developer on the market, but at the same time, people who are able to create a creative concept from scratch are a piece product. Our main offer is exactly the idea. The customer may well buy the concept, and find another contractor for its implementation.