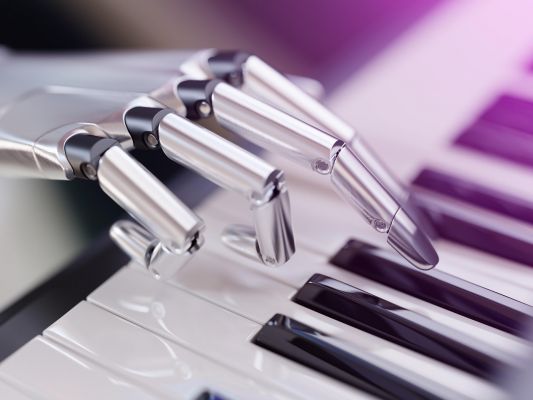 The International Forum of Creative Leaders IPQuorum 2021: Tech for Content will be held on April 26-27 in the Technopark of the Skolkovo Innovation Center and will be the main event of the year in the Russian music industry. The topic of the business program is new technologies for the production, distribution and monetization of content.
On the sidelines of IPQuorum 2021, three key discussions will be held on the topic of commercialization and future development of the Russian music market: "Music without musicians" (April 26, 11: 15), " Concert as a figure: a new reality for concert activity "(April 27, 13:00) and" Digital creative for export " (April 27, 14:00).
Among the participants of the sessions are Arina Dmitrieva, CEO of Sony Music Russia & CIS, Maxim Vlasov, CEO of Universal Music Russia, Kirill Lupinos, CEO of Effective Records, Alexander Us, founder and Creative Director of Sila Sveta, Alexey Volk, CEO of Lookport, Makar Kozhukhov, Director of Content Strategy at Okko, Ilya Dybov, producer of MTS Live, and many others.
The participants of the session "Music without musicians" will try to answer the question whether artificial intelligence is able to write a musical hit. Experts investigate cases of using neural networks to write music and select tracks depending on the psychoemotional state of the listener.
Online concerts, a new promising type of audiovisual content, will be the topic of the discussion "Concert as a figure: a new reality for concert activities". During the lockdown and restrictions on events, online concerts gained popularity and marked a new path for the development of the music industry. The panelists will discuss technologies and services that can make an online concert large-scale and successful.
At the session" Digital Creative for Export", speakers will address the problems that prevent Russian musicians and players from other creative industries from entering foreign markets, as well as discuss digital services that will help overcome these barriers and produce content for export, despite the different cultural background. In addition, the participants of the discussion will consider the need to change the legislation for the commercialization of the work of Russian artists abroad.
The Forum is organized by the Ministry of Culture of the Russian Federation, the Skolkovo Foundation, and the IPChain Association.
The Forum is co-organized and partnered with the Russian Union of Industrialists and Entrepreneurs (RSPP), the Federation of Intellectual Property (FIS), the Eurasian Confederation of Copyright Holders ' Societies (EACOP), and the Research and Education Center for Intellectual Property and Digital Economy Digital IP. The Forum's communication partner is the agency for integrated communication solutions, Prophet. The official partner of the Forum is Gazprom — Media Holding.
The event will be held with the support of Roskultcenter, the Association of Film and Television Producers (APKiT), the Association of Animated Films of Russia (AAC), Novy Vek Bank, n'RIS, IPEX, IPCodex, Fonmix, Co-Fi, Smysloteka, MEDIANA.
General information partners of IPQuorum 2021: Tech for Content — TASS and the publishing house "Kommersant". Information partners — Forbes, Rossiyskaya Gazeta, the Union of Journalists of Russia, InterMedia news agency, ArtMoskovia, Kultura newspaper, the Eurasian Patent Organization (EAPO), KinoReporter — the main magazine about cinema and television, the media holding "Regions of Russia", the magazines "Strategy", "Invest-Foresight" and "Tochka ART", the portals "Science and Life", "Kulturomania", ICT-Online, Expomap, Devdiscourse, ComNews, MovieStart, Telesputnik, MIXED.NEWS.
Background information
The Skolkovo Foundation is a non-profit organization established in 2010 and acting as the management company of the Skolkovo Innovation Center. The purpose of the Foundation is to support technological entrepreneurship in Russia and commercialize the results of research activities.
The IPChain Association was established in 2017 by the Skolkovo Foundation, the All-Russian Intellectual Property Organization (WIPO), the Higher School of Economics (HSE), the Russian Union of Copyright Holders (RSP), the St. Petersburg National Research University of Information Technologies, Mechanics and Optics (ITMO), the Russian Copyright Society (RAO), the Association of Copyright Holders for the Protection and Management of Copyrights in the Field of Art (RUIS), and the New Century Bank.
The Association's partners and direct participants in the IPChain project are the Ministry of Culture of the Russian Federation, the Ministry of Education and Science of the Russian Federation, the Federal Service for Intellectual Property (Rospatent) and the Federal Institute of Industrial Property.
The main goal of the IPChain Association is to develop standards, technologies and tools for interaction between intellectual property rights market participants in the digital environment.
IPQuorum-a communication brand-was created by the IPChain Association and the Eurasian Confederation of Copyright Holders ' Societies in order to organize permanent international communication platforms for dialogue with the world community on the development of intellectual property in the digital economy.
IPQuorum is a cross-border communication network that connects participants in the global intellectual property market, representatives of the creative industries, industry innovators, visionary experts, venture investors, national and international regulators.
Under the IPQuorum brand, a series of events is held annually in Russia and abroad, a complex of exhibitions, conferences, discussions, presentations and business sessions, designed to become a driver of qualitative changes in the global intellectual property market, the development of the fields of fine (beaux-arts) and industrial arts (arts industriels) as full-fledged subjects of the digital economy.
The work of all IPQuorum communication platforms is aimed at finding applied infrastructure and system-forming solutions for innovative development of the intellectual property sphere.
The flagship project, implemented under the IPQuorum brand, is the International Strategic Forum on Intellectual Property.