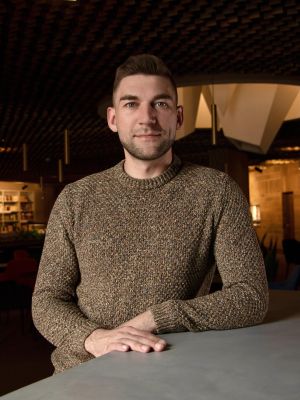 On April 26 and 27, IPQuorum 2021: Tech for Content will be held at the Skolkovo Innovation Center in Moscow. It will bring together musicians, designers, architects, bloggers, representatives of the fashion, advertising, film, museum and theater industries, as well as innovative leaders and visionaries to discuss the main trends in the creation and distribution of digital content. One of the forum participants is Maxim Chepukhalin, video content producer, chief video artist of the Moscow Art Theater. Gorky, told the magazine Tochka ART about the future of technologies for creating multimedia design of performances and their demand among modern viewers.

Point of ART: Maxim, if something is in the production of video content, what else 5-10 years ago could you say: "This can't be!"? What technological advances in this field most surprise and inspire you in the spring of 2021?

Maxim Chepukhalin: What strikes me most is how game engine technologies have developed at the moment. And the fact that now the classic render, which requires large resources from both the hardware and the network, is a thing of the past. And 2021 shows us that the future belongs to real-time rendering, that many studios have abandoned classic technologies in favor of game engines. Such as unity or unreal engine.
And if 10 years ago it was impossible to conduct experiments with light, with shadows, with various reflections, because it required quite serious resources, now a couple of buttons are enough to create a larger number of interactive options. Now you can see in real time the practical result and at the same time very decent quality. The introduction of these game engines in the production of video content changes the classic render.
In the theater industry, we are also moving in this direction. In the process of staging a performance, during rehearsals, it is possible to change the scenery in real time, this is very convenient. This opens up a lot of technological possibilities for us for a smaller budget.
Point of ART: How do modern technologies affect the audience, in your opinion, is it open to experiments or, on the contrary, adheres to a conservative approach to works of art?
Maxim Chepukhalin: Clearly, the audience is open to all media experiments. Moreover, it is now a trend. Since about four years ago, immersive productions with multimedia applications and various online exhibitions have been mass-produced. The pandemic made it possible to get used to getting new experiences and experiences online. Plus, there is a kind of interactive storytelling that transforms the viewer from a passive observer to an active participant who influences the process. This shows us the popularity of the direction. The audience is open, ready, although the viewer will not be surprised or attracted by technology for the sake of technology. This is encouraging, because it is now really easier for directors, screenwriters, and directors to convey their thoughts and ideas. When technology becomes really a means of expression, and not some exceptional factor that the viewer pays attention to.
Point of ART: Do you think that the use of AR, VR, digital holography and other digital innovations can overshadow the traditional art of the actor and director and turn the theater into a high-tech attraction, or, on the contrary, will give new growth points?
Maxim Chepukhalin: Theater is a fundamental element of the development of culture. I am sure that all these technologies, AR / VR, holography, interactive performances, everything is part of the scenery, means of artistic expression. High-tech is everywhere, from multimedia shows on an urban scale, such as the Festival of Light, to simple, more local, promotional events.
At the same time, the traditional art of the actor and the ideas that are laid down by the director will in no case go by the wayside. The traditions of the theater are primary, they are fundamental, the artistic means are already selected for the task, for the context. It happens that the most heartfelt works are created in minimal stage settings, some are built exclusively on theatrical light, that is, the stage, the light, the actor, and this is more than enough to reveal the drama. And here there are new points of growth. The more artistic means of expression we have, the more interesting we can express the director's idea. With the development of technology, we will have more tools.
Dot ART: How do you see the development of video art in the coming years?
Maxim Chepukhalin: We can start with the fact that video art appeared in the West as a kind of protest against the technologies of mass culture, which were engaged in the public discourse of imposing a model of behavior, postulating our reality. And video art was a kind of outlet that opened up another side of the application of technology and gave it a completely different meaning. Video art is not only an artist's self-expression, but also draws our attention to the problems of society.
Video art has a lot of forms, installation, performance, interactive, editing and graphics, and so on… It always presupposes a certain experiment, a certain mobile and mosaic structure, filled with meanings, allegories. Video art has never been literal.
We are now all of humanity in a very ambivalent situation for us. Since the 2000s, we have dramatically increased the amount of information consumed, and mass culture has changed with the development of social networks and various social platforms. Facebook Instagram, Tik-Tok, Instagram, neural networks, and NFT art are now available. And there are fewer and fewer seconds for content producers to capture our attention, the attention of a person. The duality of the situation is that the development of these technologies is progressing exponentially, but the process of cognition and awareness is slower. And in this context, together with the evolution of mass culture, the development of video art is taking place.
Dot ART: What are the topics that will be raised at IPQuorum 2021: Tech for Content that you are most interested in right now and why?
Maxim Chepukhalin: Interesting topics related to the development of media, advertising and the theater industry. Largely because it is these technologies and their application that influence the further development of culture and artistic practices. A very interesting topic is related to the impact of digitalization on human thinking. How it changes and how to work with it in the theater.