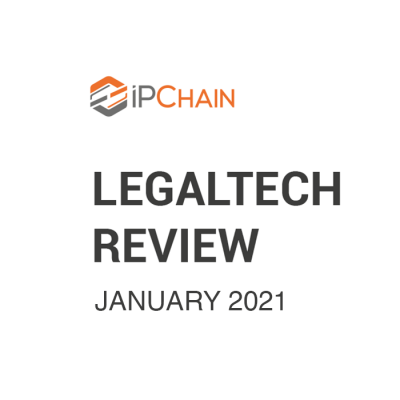 The court for intellectual rights confirmed the likelihood of trademarks

In the Perm region, an entrepreneur brought a case against an owner of the floral studio that uses a similar trademark containing the word “Mint.” The court of the first instance and the court of appeal dismissed the plaintiff’s claims referring to the difference in graphic elements and the fact that the defendant and the plaintiff work in completely different fields. The court for intellectual rights did not agree with the argument of the lower courts and requested to send up the case for review. The ruling of the Court for Intellectual Rights states that if at least one element in the designations is similar, they cannot be recognized as completely different: it’s not about business fields, it's about services onto a trademark that has been registered.

Yekaterina Pronicheva, partner of a law firm CLAIMS, says that in this case, the Court of Intellectual Rights has once again clarified the procedure for the lower courts to check for the presence or absence of “confusingly similar” elements: first of all, you need to find out if those images have any degree of similarity, then you have to assess the homogeneity of the defendant's goods and services and the goods and services for which the trademark is registered, and only after that other circumstances affecting confusion can be examined.

But, as is often the case, the Court of Appeal did not make a difference between these stages. As a result, the Court of Appeal, having failed to properly investigate the likelihood of designations, moved on to assess the homogeneity without analyzing the likelihood of fields of the plaintiff and the defendant to define the degree of confusion. The dismissal of respective decisions should further stress the logic of action for the lower courts,” she says.

Yekaterina Pronicheva added that the IP Court highlighted the possibility of the visual likelihood of an average degree and this possibility raised questions after the review of case No. CIR-102/2019 in the Supreme Court (the case on designations “OKHOTA” and “Afanasiy – this is our hunt! Choose Russia”). “We see that such practice continues to recognize not only a high and low degree of likelihood, but some intermediate variants between them,” the expert said.

Shakira has sold the rights to all 145 of her songs to Hipgnosis Songs Fund. While it is known Hipgnosis Songs has acquired all of the music publishing rights to her back catalog, the financial details of their deal have not been disclosed. Amid the shutdown due to the coronavirus outbreak and explosive growth of music streaming, artists more often sell the rights to large companies that can generate revenues from online catalogs. Recently Neil Young sold the rights, but the largest acquisition was of Bob Dylan's catalog which cost $300 million.

Andrei Chesnov, the founder of Pancher music publishing house, attributes the accumulation of intellectual rights by major Internet players to the digital transformation of the modern economy: “The rights which traditionally belonged to songwriters and artists, are now more commonly used due to the development of Internet services. Decision-making has become many times faster. Meanwhile, the music market has become much more competitive. At the same time, the life of a song has considerably shortened in terms of time. We see the emergence of players, storefronts, services, trends, which artists, ordinary rights holders, and their management cannot reach on their own, and they have to entrust the management of their rights to professionals.”

He believes that the trend would also affect Russia, where artists had to play about 20-30 gigs a month to support their professional advancement and provide a decent life for their families and their staff. The life of artists during the pandemic showed that digital technology made the “gig hour” a thing of the past. Yandex, Vkontakte, SberZvuk, and other services compete even more actively for the Russian artists.

Meanwhile, musicians are far from always being able to interact directly with Western platforms, negotiate with them fair conditions for the marketing of сreative assets. In this situation there might be a great demand not just for content aggregators delivering music "to the shop windows", but for full-fledged exchange and crowdfunding platforms, where users become full participants of the creative process, capable not only to "like" the artists they like, but also to invest in their creativity with the expectation of a financial return. Against the background of falling profitability of bank deposits and other financial instruments, intellectual rights could become an extremely attractive asset. "Some of the artist's subscribers might be interested in funding or co-financing that artist's activities in the future. And by doing so, the user would begin to monetize their interest in the artist," explains Andrey Chesnov.

Russia approves the standardization program on artificial intelligence for 2021-2024

The perspective program of standardization on artificial intelligence for 2021-2024 was signed by the deputy minister of economic development Oksana Tarasenko and the deputy head of Russian Standard Anton Shalaev. The software should facilitate the implementation of the federal project “Artificial Intelligence.” It will regulate AI safety standards for people and environment, and set up uniform approaches to the implementation of AI in medical care, in transport, education, construction, among other spheres.

Elizaveta Afanasieva, the lawyer at the IPChain Association, emphasizes that the program will help reduce regulatory and technical barriers to the implementation of AI. "With the adoption of standards, AI will be easier to use for critical tasks involving risks to life and health. In addition, the standards will make it easier to access data containing restricted information," the expert explains. She adds that uniform standards will help reduce the cost of implementing AI.

In line with Elizaveta Afanasyeva, it is too early to talk about strict regulation surrounding AI intelligence - now the most general approaches are being elaborated and the directions of technology development are being determined: "During 2020 in Russia in the sphere of AI regulation, several important events happened: the government approved the Concept of AI technology and robotics regulation, the first legislative initiatives directly related to AI appeared, such as the law on experimental legal regimes in the field of AI in Moscow."

Digital yuan will be available at ATMs

An experiment to promote China's digital currency continues in Shenzhen, where the city's residents get 200 digital yuan for personal expenses. The digital currency will now be available for exchange at ATMs.

Elena Avakyan, a member of the Council of the Federal Chamber of Lawyers of the Russian Federation, adviser at the law office “Egorov, Puginsky, Afanasiev and Partners,” believes that China's unprecedented efforts to promote the state digital currency are related to China’s development of digital platforms. Alibaba today has virtually no competitors across the globe in terms of transactions, and the use of digital means of payment will allow the platform to get rid of intermediaries -  banks, clearing centers and payment systems. As a result, the trade and logistics giant will achieve significant cost reduction, and has a potential to perform the task of algorithmizing process and implement all accounting on its own.

By 2025 the amount of lost revenues to national budgets from cross-border trade, according to various estimates, especially on Alibaba, will be 15-20%. The solution could be an international settlement platform, the construction of which is now being actively discussed at the UN. In this case, the working group on this issue is headed by Alibaba owner Jack Ma. "With such a plan already being implemented, the question inevitably arises: what will be the main transaction currency of this platform? Which entity will provide recalculation and clearing within it?" notes Elena Avakyan.

The expert believes that China is asking itself the same very question: "I believe that this is the reason why they now intensify the campaign with the digital yuan. I think that the emergence of ATMs is part of the global strategy that China is pursuing in the area of digitalization.”

A group of American users of the Chinese social media WeChat filed a complaint against the platform. It was accused of shutting down the accounts for criticizing the Communist Party. The lawsuit was filed on behalf of the emigrant dissident association Citizen Power initiatives for China and six anonymous users from California. Plaintiffs believe that Tencent Holdings, which owns WeChat, violated the law of California. As a result, they were not able to communicate with their loved ones in China, where other messengers are banned, as well as with colleagues and partners from the Chinese diaspora in the United States. Anatoly Semyonov, Deputy Chairman of the RSPP Committee on Intellectual Property and Creative Industries, notes that this sort of situation could only take place in the USA: “American users can sue anyone, and it will be a problem even for foreign social media if it has U.S. users. The peculiarity of current American jurisdictional law is the ability to create an attractive market for everyone and blackmail access to it.” Anatoly Semyonov further adds that for other governments, except for the EU countries, this mechanism is hardly available: “This is not a legal issue in its pure form. In fact, it is a matter of the main principle of international law – “I can afford it.”